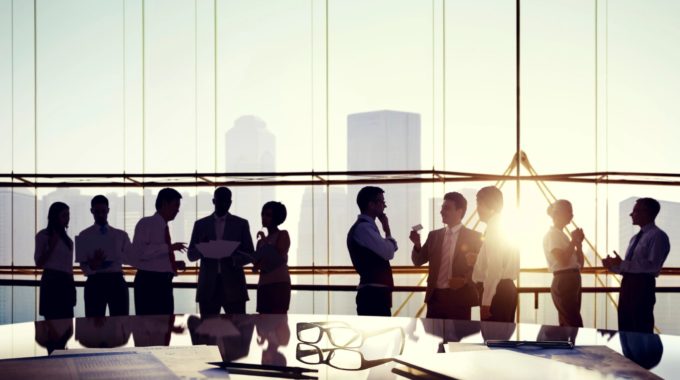 Peer-to-peer lending, sometimes abbreviated P2P lending, is the practice of lending money to individuals or businesses through online services that match lenders directly with borrowers. Since the peer-to-peer lending companies offering these services operate entirely online, they can run with lower overhead and provide the service more cheaply than traditional financial institutions. As a result, lenders often earn higher returns compared to savings and investment products offered by banks, while borrowers can borrow money at lower interest rates, even after the P2P lending company has taken a fee for providing the match-making platform and credit checking the borrower.

Also known as crowdlending, many peer-to-peer loans are unsecured personal loans, though some of the largest amounts are lent to businesses. Secured loans are sometimes offered by using luxury assets such as jewelry, watches, vintage cars, fine art, buildings, aircraft and other business assets as collateral. They are made to an individual, company or charity. Other forms of peer-to-peer lending include student loans, commercial and real estate loans, payday loans, as well as secured business loans, leasing, and factoring.[1]

The interest rates can be set by lenders who compete for the lowest rate on the reverse auction model or fixed by the intermediary company on the basis of an analysis of the borrower’s credit.[2] The lender’s investment in the loan is not normally protected by any government guarantee. On some services, lenders mitigate the risk of bad debt by choosing which borrowers to lend to, and mitigate total risk by diversifying their investments among different borrowers. Other models involve the P2P lending company maintaining a separate, ringfenced fund, such as RateSetter’s Provision Fund, which pays lenders back in the event the borrower defaults. Bankruptcy of the peer-to-peer lending company that facilitated the loan may also put a lender’s investment at risk, as has happened in 2015 in the case of TrustBuddy.

The lending intermediaries are for-profit businesses; they generate revenue by collecting a one-time fee on funded loans from borrowers and by assessing a loan servicing fee to investors (tax-disadvantaged in the UK vs charging borrowers) or borrowers (either a fixed amount annually or a percentage of the loan amount). Compared to stock markets, peer-to-peer lending tends to have both less volatility and less liquidity.[3]

Interest rates
One of the main advantages of person-to-person lending for borrowers can sometimes be better rates than traditional bank rates can offer.[65] The advantages for lenders can be higher returns than obtainable from a savings account or other investments, but subject to risk of loss, unlike a savings account.[66] Interest rates and the methodology for calculating those rates varies among peer-to-peer lending platforms. The interest rates may also have a lower volatility than other investment types.[67]

Socially-conscious investment[edit]
For investors interested in socially conscious investing, peer-to-peer lending offers the possibility of supporting the attempts of individuals to break free from high-rate debt, assist persons engaged in occupations or activities that are deemed moral and positive to the community, and avoid investment in persons employed in industries deemed immoral or detrimental to community.[68]

Credit risk[edit]
Peer-to-peer lending also attracts borrowers who, because of their credit status or the lack thereof, are unqualified for traditional bank loans. Because past behavior is frequently indicative of future performance and low credit scores correlate with high likelihood of default, peer-to-peer intermediaries have started to decline a large number of applicants and charge higher interest rates to riskier borrowers that are approved.[31] Some broker companies are also instituting funds into which each borrower makes a contribution and from which lenders are recompensed if a borrower is unable to pay back the loan.[11]

It seemed initially that one of the appealing characteristics of peer-to-peer lending for investors was low default rates, e.g. Prosper’s default rate was quoted to be only at about 2.7 percent in 2007.[66]

Since inception, Lending Club’s default rate ranges from 1.4% for top-rated three-year loans to 9.8% for the riskiest loans.[23]

The UK peer-to-peer lenders quote the ratio of bad loans at 0.84% for Zopa of the £200m during its first seven years of lending history. As of November 2013, Funding Circle’s current bad debt level was 1.5%, with an average 5.8% return after all bad debt and fees. This is comparable to the 3-5% ratio of mainstream banks and the result of modern credit models and efficient risk management technologies used by P2P companies.[12]

At the other end of the range are places such as Bondora that do lending to less credit-worthy customers, with default rates varying up to as high as 70+% for loans made to Slovak borrowers on that platform, well above those of its original Estonian market.

Government protection[edit]
Because, unlike depositing money in banks, peer-to-peer lenders can choose themselves whether to lend their money to safer borrowers with lower interest rates or to riskier borrowers with higher returns, in the US peer-to-peer lending is treated legally as investment and the repayment in case of borrower defaulting is not guaranteed by the federal government (U.S. Federal Deposit Insurance Corporation) the way bank deposits are.[71]

A class action lawsuit, Hellum v. Prosper Marketplace, Inc. was held in Superior Court of California on behalf of all investors who purchased a note on the Prosper platform between January 1, 2006 and October 14, 2008. The plaintiffs alleged that Prosper offered and sold unqualified and unregistered securities, in violation of California and federal securities laws during that period. Plaintiffs further allege that Prosper acted as an unlicensed broker/dealer in California. The Plaintiffs were seeking rescission of the loan notes, rescissory damages, damages, and attorneys’ fees and expenses.[72] On July 19, 2013 the class action lawsuit was settled. Under the settlement terms Prosper will pay $10 million to the class action members.[73]

Another way to keep equipment costs down is to lease instead of buy. These days,…

A business line of credit is quite similar to personal lines of credit. The financial…